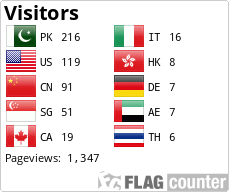 The Footwear manufacturing industry is one of the ancient and major industries of Pakistan. It could not get any statutory shelter previously, but in February 1983 an adhoc committee was formed under chairmanship of Mr. M. A. Haleem Afsar who initiated a case with Ministry of Commerce (Director Trade Organizations),Government of Pakistan for providing statutory shelter by granting a license under Section-3 of Trade Organization Ordinance 1961, which was granted in September 1985.
The Association obtained membership of the Federation of Pakistan Chambers of Commerce & Industry on 26 October 1985.
In 1993, Mr. Iftikhar Feroz was elected as Chairman of the Association who once again re-activated the Association by holding regular meetings of the members to discuss the problems being faced by Footwear Industry and recommendations formulated for presentation to the Government from time to time.

PFMA is the footwear industry’s business intelligence hub – keeping its members up-to-date on important regulatory changes and its effect on their business.

PFMA is the footwear industry’s advocate and voice in Government departments and around the globe – pushing for the elimination of footwear tariffs that drive up costs and common-sense regulations impacting the industry.